After hearing about a new, local company that had created a soil amendment called Agtivate made from microalgae that claimed it could improve your soil’s health, I couldn’t wait to try it myself.

I had read about the parent company, AlgEternal, in the local newspaper and had been intrigued by the strange red lights I saw in the company’s building when I passed it in the evenings where they grow the algae (it’s right down the road from our house). I soon found out that they had developed a way to cultivate algae, and that there were many valuable applications for their products. Eager to learn more about their soil amendments, Agtivate, I contacted the owner, David Ramjohn. He graciously donated a bottle of Agtivate so I could experiment with it in my garden, and see the results for myself.

I planted four beds on 9/10/18 with plants that I started from seed. There were two sets of beds – two smaller beds that were side by side, and two larger beds that were a couple of rows apart. The soil conditions were identical in each set of beds. Each set of the two sets of test beds were treated in identical ways. I applied one application of Agtivate to each experimental bed in the group, using the ratio suggested on the bottle. I did not use any other soil amendments, fertilizers or pest control. You can see the progress of our winter garden here. 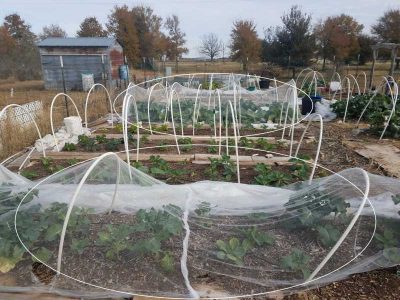 These two beds were part of our Agtivate experiment 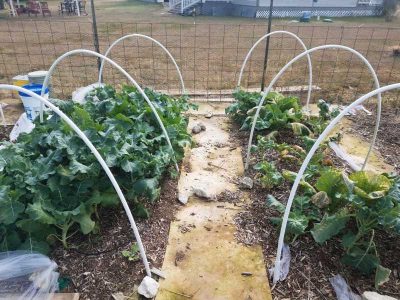 These were the small beds used in the Agtivate trial. The bed on the left had one application of Agtivate, while the bed on the right has had none.

And the Results Were….

Overall, the plants that I used the Agtivate on were larger, healthier, and withstood the early freeze better. The plants in the Agtivate beds also started to bear much earlier, in this case producing broccoli heads weeks before the plants in the control beds did. I lost a lot more of my transplants on the beds without the Agtivate, which is why those beds seem so bare in spots. I was really astounded at the growth of the plants that had been treated with Agtivate. The best example of the dramatic difference is in the two beds that were side by side. It’s hard to tell from the pictures, but the beds are actually the same size. However, the plants in the Agtivate bed are so large, and spilling over in the walkways around them, that the bed appears much larger. 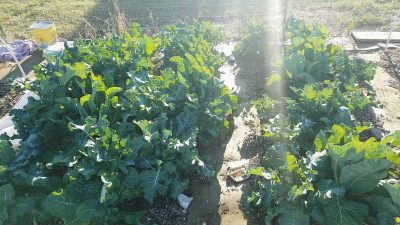 Small beds used in side by side comparison of using Agtivate. The bed on the left has been treated with one application of Agtivate while the bed on the right has had none. 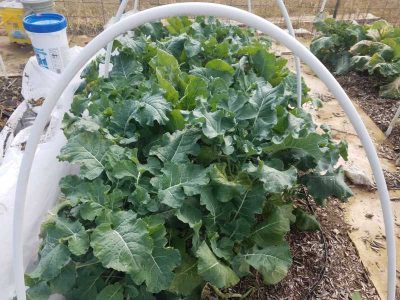 Bed treated with one application of Agtivate 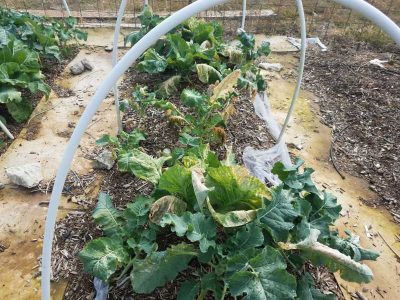 I also noticed that I did not have as much of a problem with pests as I normally do. Usually, cabbage loopers love to come feast on my winter crops. One my test beds, I only spotted a couple of them the whole season. The harvests from my test beds also seemed much larger than those in the control beds. They were comparable with vegetables grown using synthetic fertilizers, only without the added chemicals. Finally, I had comments from several of our customers about how incredible the flavor of the produce was from beds that we treated with Agtivate. Once customer said, “Wow – what flavor; especially the cilantro; never have I had cilantro explode with such taste.” 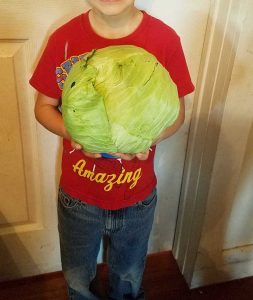 I am definitely convinced that Agtivate does all that it claims to do, and more. I will be adding it to our garden regimen, which currently includes homemade compost and Azomite. Even my children are saving up their farmer’s market earnings to buy their own bottles for their own garden beds. I’m so excited to have such a great product produced in our own home town!